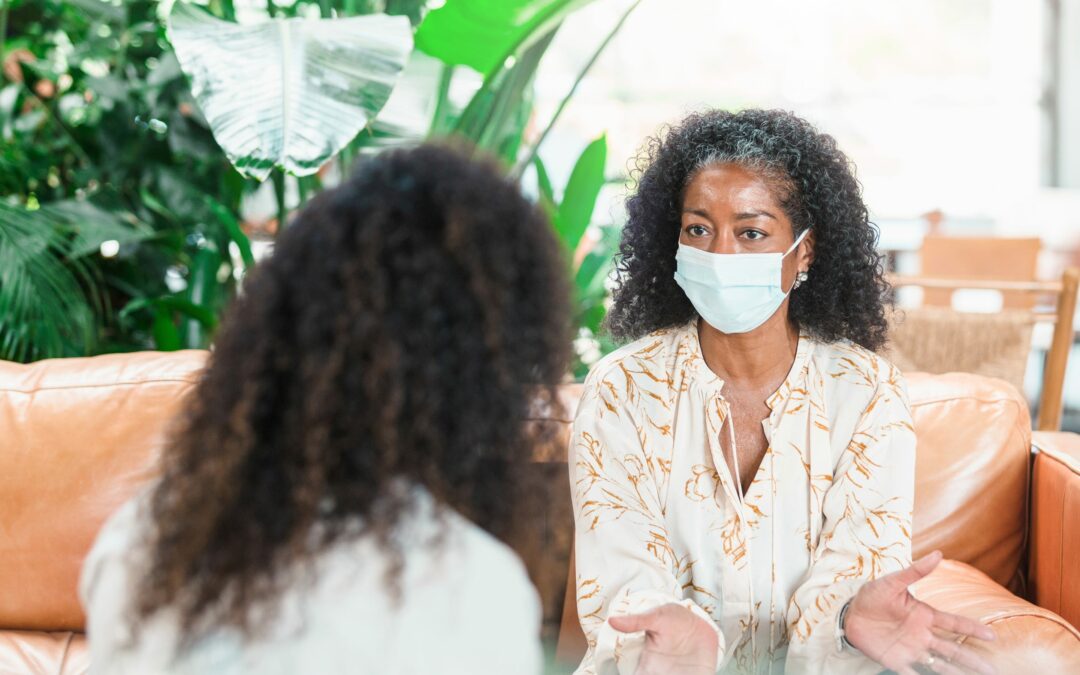 Black and Indigenous People of Color Mental Health Awareness Month formally became a nationally recognized month in 2008 and was initially celebrated in June. This awareness month is credited to Bebe Moore Campbell. Campbell established this month in her words, “to bring awareness to the unique struggles that underrepresented groups face regarding mental illness in the United States.” Similarly, psychologist and Black Therapy Central Co-Founder Dr. Mawiyah Kambon established Global Black Mental Health Awareness Month in 2020 to bring awareness to the same issues but on an international scale.

National Mental Health Awareness month, which is held in April of each year, helps to bring awareness to mental health issues that affect the world as a whole. BIPOCMHM and GBMHAM help to highlight and inform the public of mental health with the added complexities of being a minority. Both of these awareness months provide the opportunity to explore how racial biases further exacerbate mental illnesses within minority communities.

Racial Bias and Its Many Forms

When discussing racism, most people are familiar with its two most prominent forms, external and internal. An example of blatant external racism would include racial slurs and hate crimes. External covert racism could be microaggressions such as making snide remarks about specific things directly connected to someone’s race or culture. Another example would be purposely avoiding interactions with someone because they are from a different race or culture. An example of overt internalized racism would be the perpetuation of colorism and texturism within the POC community. Covert internalized racism could be using bleaching cream or actively trying to minimize one’s features deemed too ethnic. The two graphics below explain other forms of racial bias and how these attitudes negatively impact mental health. 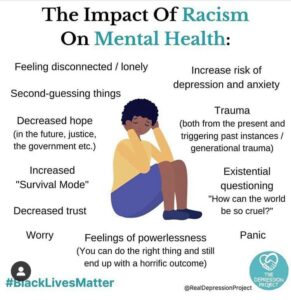 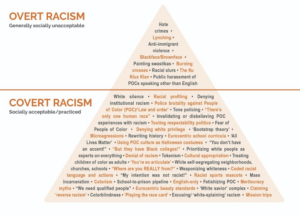 Racial Intolerance and the Justice System

The U.S. Department of Justice and several mental health agencies provided comparable data that revealed that “around 20% of individuals in jail and 15% of individuals in prison are actively suffering from some form of mental illness.” This is very devastating for the Black community, especially in America, where they are five times more likely to be incarcerated than their non-black counterparts. Racial biases within law enforcement also have life-threatening consequences, such as in the tragic case of the autistic man, Elijah McClain, who was killed by law enforcement who did not employ proper procedures for handling mentally impaired citizens.

We Have The Power

Guilt, frustration, ignorance, and fear have contributed significantly to the long life of racial bias. It can feel overwhelming when thinking about how we as individuals fit into this system. Each decision that we make will either weaken or strengthen the current situation. For those of us who actively want to see a positive shift, it starts with self re-education. Engaging in thought-provoking conversations with others who are personally affected by racial biases is one of the many ways to create positive change. Practicing genuine empathy, having an open mind, and educating others around us will provide the needed support for us to develop better mental health as a people.