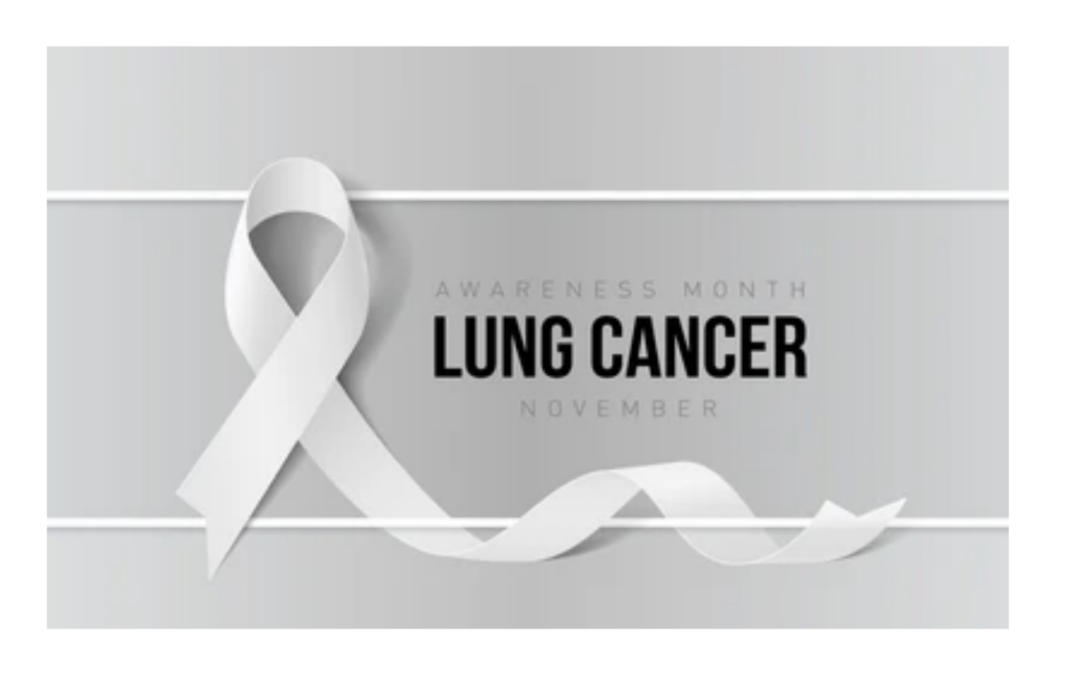 Lung Cancer Awareness Month started off initially as an awareness day in 1995. In 2003 Congress officially dedicated the entire month of November to Awareness and prevention measures. According to the American Cancer Society, Lung cancer is considered the second most common cancer that affects the American people.

Lung cancer accounts for nearly 30 percent of all cancer-related deaths in America. While smoking is the first risk factor that most think of when it comes to lung cancer, there are other factors to consider. General air pollution, exposure to asbestos, chromium, cadmium, arsenic, radon, and paint increase the likelihood of developing cancer. Radiation from previous cancer treatment as well as family history is also risk factors.

Medical professionals have reported a trend of people diagnosed with mood disorders having higher lung cancer diagnoses. Medical experts found that individuals diagnosed with schizophrenia and bipolar disorder were almost 3 times more likely to develop some form of cancer in their lifetime. A possible reason for this could be the link between stress and tobacco use. Individuals who have been clinically diagnosed with mood disorders often sight experiencing stress more than the general population. Prolonged bouts of stress often increase the likelihood for an individual to develop a coping mechanism such as smoking or using other substances. Misdiagnosing oneself is another link between poor mental health and cancer diagnoses. Patients who were later diagnosed with leukemia and lymphoma noted that they initially attributed their lethargicness to depression instead of an early sign of cancer.

What Can Be Done?

As with most diseases, early detection and a healthy lifestyle are best to combat a lung cancer diagnosis. Talking to both the paternal and maternal families to be aware of any family history will also be beneficial. Seeking mental health counseling and incorporating a manageable exercise routine will help to control overwhelming stress naturally. Listening to your body at the first sign of any abnormalities will help to ensure the best health state possible.